Ripple vs. Bitcoin: A Comparison of Two Leading Cryptocurrencies 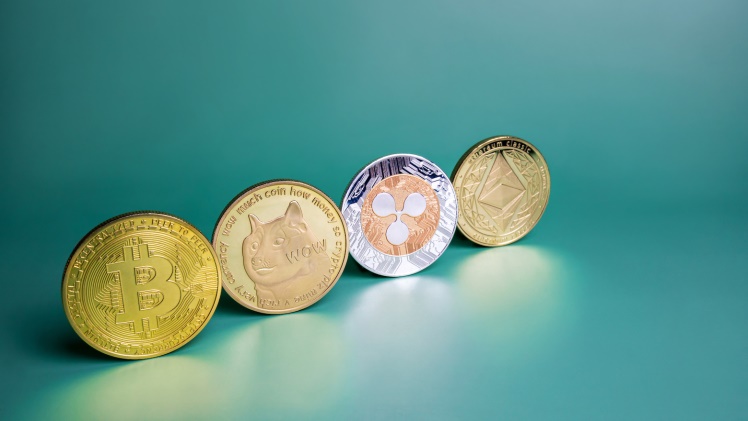 Cryptocurrencies have been gaining in popularity and value over the past decade. This has led to an explosion of new digital currencies, each with its own unique features and advantages. If you have been around for a while in the crypto world, then you must have heard about Bitcoin and Ripple.

The two are part of the most popular digital currencies around today. While there are some similarities between them, there are also some key differences. Understanding these differences is key for investors to make an informed decision about which currency is right for them.

So, if you are wondering whether to buy XRP or BTC, you should read this post to know how the two cryptos measure up. So, keep reading!

Understanding the Similarities between Bitcoin and Ripple

First, let’s consider how these two cryptocurrencies are similar. That will give us a good foot into understanding how they differ and hence, make an informed decision on which of them to invest in. below are some of the similarities between Bitcoin and Ripple.

·   Both of them are decentralized digital currencies

Both Ripple and Bitcoin are digital currencies that use blockchain technology to record transactions and facilitate secure, peer-to-peer payment processing. This means that they are not controlled by any single entity or organization but rather rely on a network of computers to validate and record transactions on a shared digital ledger.

·   They can both be used as a medium of exchange

Yes, both Ripple and Bitcoin can be used as a medium of exchange, facilitating electronic payments between parties. Individuals or organizations can use the cryptocurrencies to send and receive payments directly without the need for a third party, such as a bank, to act as an intermediary.

One of the main benefits of using either of these cryptos as a medium of exchange is that it allows for fast, secure, and low-cost electronic payments, regardless of the location of the parties involved. This can be particularly useful for cross-border transactions, where traditional payment methods may be slower or more expensive.

·   They are both divisible

Both Ripple and Bitcoin are divisible, meaning that they can be broken down into smaller units as needed. This feature is useful because it allows users to make precise payments, even if the value of the cryptocurrency is very high.

What Are the Differences Between the Two?

#1: The purpose behind their creation

Now that we understand the similarities between Bitcoin and Ripple, let’s look at how they differ. One of the main differences between Ripple and Bitcoin is the primary reason the two cryptos were created. Bitcoin was designed as a decentralized currency that could be used to facilitate online transactions without the need for a third party, such as a bank.

Ripple, on the other hand, was created specifically for use by banks and other financial institutions as a way to quickly and securely transfer funds between them.

Another difference between the two is the way transactions are processed – referred to as the consensus mechanism behind them. Bitcoin is based on a proof-of-work system, meaning it requires users to solve complex mathematical puzzles in order to confirm transactions. On the other hand, Ripple uses a consensus ledger system to validate transactions and does not require proof-of-work.

In terms of market capitalization, Bitcoin is currently the more valuable cryptocurrency, with a market cap of over $1 trillion. However, Ripple only has a market cap of around $20 billion. Despite this, both cryptocurrencies have strong communities of supporters and are widely used around the world.

Advantages of Ripple over Bitcoin

One of the biggest advantages of Ripple over Bitcoin is its transaction speed. Bitcoin transactions can take up to 10 minutes to be confirmed, while Ripple transactions are usually confirmed within seconds. This makes it easier to use Ripple for everyday transactions, such as purchasing items online.

Ripple also offers more flexibility than Bitcoin because of its unlimited supply. This means that the market is not as affected by changes in demand or speculation as it is with Bitcoin. Additionally, Ripple’s consensus ledger system makes it more secure than Bitcoin as it does not require proof-of-work to validate transactions.

Advantages of Bitcoin over Ripple

Despite Ripple’s advantages, there are still some reasons why investors might prefer Bitcoin over Ripple. The most obvious reason is that Bitcoin’s fixed supply makes its price more stable than Ripple’s flexible supply.

Also, Bitcoin has been around longer and is more widely accepted than Ripple, giving it more credibility in the eyes of many investors.

The Future of Cryptocurrency: Ripple vs Bitcoin

It’s impossible to predict the future of cryptocurrency with any certainty. However, there is no doubt that both Ripple and Bitcoin have a bright future ahead of them. While there are some key differences between the two currencies, they both offer investors a secure way to store and transfer wealth.

Ripple has a few advantages over Bitcoin, such as its faster transaction speeds and unlimited supply. This could make it easier for investors to use Ripple for everyday purchases or transfers. On the other hand, Bitcoin’s fixed supply makes it more stable, and its long history makes it more credible in the eyes of many investors.

Ultimately, each investor will need to decide which cryptocurrency is right for them based on their own individual circumstances and goals.

What’s the difference between the silver and gold American Eagle coin?